Featuring the voices of the people who lived it, World War I paints a picture of the war as it was fought by soldiers, administered by politicians, interpreted by artists and writers, and experienced by all civilians–male and female, old and young-across the world. In the United States, the war stimulated major technological advances, provoked literary and artistic experimentation, and spurred women’s suffrage. Internationally, the Austro-Hungarian and Ottoman empires dissolved and Russia and Germany were wracked by revolutions that toppled their dynasties, setting the stage for political extremism and the accession of the Bolsheviks and the Nazis. Drawing upon diaries, memoirs, fiction, poetry, song lyrics, government documents, and more, World War I is a fascinating look at the birth of the modern era. 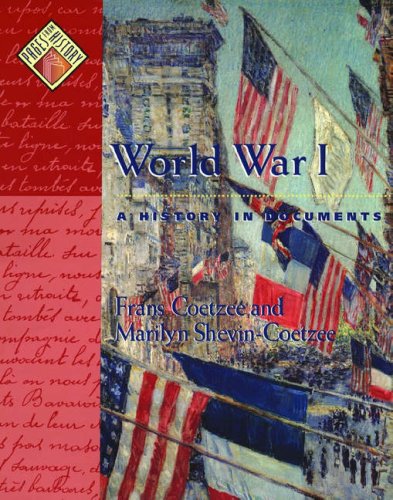