The Industrial Revolution: A History in Documents uses a wide variety of primary source documents to chronicle a period of great international social and technological change that began in England in the 18th century. Improvements were made to the steam engine that meant that many tasks that had been done by hand in the past could be mechanized. With locomotives and steamships, goods could now be transported very quickly and within a reasonably predictable time. Other changes included the use of iron and steel, invention of new machines that increased production (including the spinning jenny), development of the factory system, and important developments in transportation and communication (including the telegraph). Thay all led to agricultural improvements, a wider distribution of wealth, political changes reflecting the shift in economic power, and sweeping social changes. This book relies on primary sources such as personal diaries, advice books, poems, business reports, letters, photos, and essays to tell the story behind this rapidly changing period and its far-reaching effects. 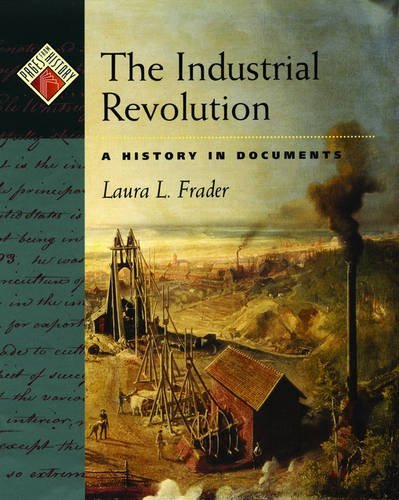